This is my second year-in-review post see my 2019 post. This year was much shittier than last year. That’s partly my fault and partly the fault of the pandemic, my bike getting stolen, etc. etc. So I think I spent most of this year in a “comfort zone” which was somewhat depressing and monotonous. There were some bright spots, though:

Anyway, in my year-in-review post I just want to cover the media I consume. This year, I definitely binged on movies and video games and did a lot less reading or listening to music, sadly. I used to listen to a lot of audio books and music while driving (or biking …) and did less of both of those this year.

Okay, if you’ve been following me on Twitter it comes as no surprise that this is my top film of the year. Towards the end of the year, I went on a 30-day posting rampage on Twitter, sharing just about anything and everything Akira-related that came to my mind.

But truly I love this movie. I first saw it probably over 15 years ago and it’s been one of my favorites since. For a while I had a tradition of watching it every year around new year’s. This year, a thread I randomly created on Twitter featuring Akira “bike slide” homages kicked off my most recent binge. Instead of linking a trailer below, I’ll share one of my favorites among the many Akira-related YouTube videos I’ve watched over the past couple of months:

I love Akira because it’s just a perfect mixture of everything I dig: science fiction, body horror, post-apocalypse, violence and gore (but not like, over-the-top), corruption, and gorgeous art. The story is a bit challenging to follow until you’ve seen it a few times and the dialog is kind of awkward in my opinion (maybe it’s the English translation?), but otherwise it doesn’t miss. There’s so much depth and so many layers to enjoy about Akira, too. Whether it’s its endless themes, its cultural impact, or its utterly astonishing animation, there’s a lot to appreciate.

I could obviously go on but I’ll leave it there. I know my tweetstorms about Akira were probably really annoying to a lot of people (myself included at times), but I hope at least one or two of my followers maybe checked out the film and / or manga as a result …

Anyway, let’s keep this moving. This year, I managed to keep my Letterboxd up-to-date so you can see everything I watched (and what I rated it). I even shelled out for a “pro” subscription since I think it’s a great service. Here are some other films I enjoyed last year:

Like I said earlier, I sadly didn’t discover or listen to a lot of new music in 2020. Right before the pandemic hit, my husband and I had started to go to more small local shows, so maybe things might have been different in an alternate timeline. One nice new album, though, was Opeth’s In Cauda Venenum. We were eager to buy the record and swung by Amoeba Records in Hollywood to try to buy it after it was released several times. Each time they didn’t have it in stock yet. When they finally got their shipment in, we picked up the Swedish version. We get home and play it and it turns out it’s the English version. Oh well!

We also had the pleasure of seeing Opeth live TWICE. Well, once was a live show at the Palladium which was one of my last outings of 2020. And the other time (which may have actually happened in 2019, not sure) was seeing Mikael and friends at a bar/restaurant in Hollywood. We were seated across from them! Funnily, I had just earlier that day complained to my husband that they were doing a show in Las Vegas and not LA that weekend …

This is the song of 2020 for me because every single time I’m checking my audio on my computer or whatever, I test it by playing this on YouTube. With mandatory work from home, I guess I frequently checked my audio this year because I’ve listened to this song a lot.

But seriously, it’s a beautiful song. It’s an outtake from his solo album To The Bone (2017) and it sounds a LOT more like Porcupine Tree than his solo stuff or the rest of the album. Steven Wilson has some of the best b-sides / outtakes, and this is definitely no exception. The moment at 5:26 gets me every time.

A couple of amazing b-sides / outtakes by Steven Wilson:

Surprise, my book of the year is the Akira manga.

My amazing husband bought me the epic 35th anniversary Akira manga box set for my birthday this year. And I read all 2k+ pages / 6 volumes in a single weekend. For many years I’ve been tempted to buy the manga. Every time my husband and I would be browsing some used bookstore, I’d check out to see if they had the complete manga. But I never quite mustered up enough, umm, money? to make a purchase (I think I must have spent more time in used bookstores when I was a grad student). I’m glad I waited for this edition! It’s all in the original right-to-left layout with sound effects in Japanese and it comes in a cool box which looks pretty handsome on one of our bookshelves.

Honestly, I’ve never read a manga prior to this one and obviously I was blown away! The artwork is something I could absorb for hours (I’ve downloaded so many of my favorites scans to my phone to admire … or, uhh, post on Twitter). The story is obviously much, much more elaborate than the film (although I think the film did a good job of condensing) and the characters as you know them totally change. Kaneda is even more so just goofy comic relief (and his friendship with Tetsuo) and the real badass is Kei (IMO). Tetsuo is a bratty megalomaniac in the film and I, uhh, guess he still is in the manga, but his transformation is much richer and way, way more disturbing. Akira is actually alive in the manga (not that he says or does much, though) and Kai is still the cutest ever. As in the film, I found the dialog a bit stilted (but, again, I suspect that’s partly due to the translation?). I’m still confused by Ryu! What’s his deal! 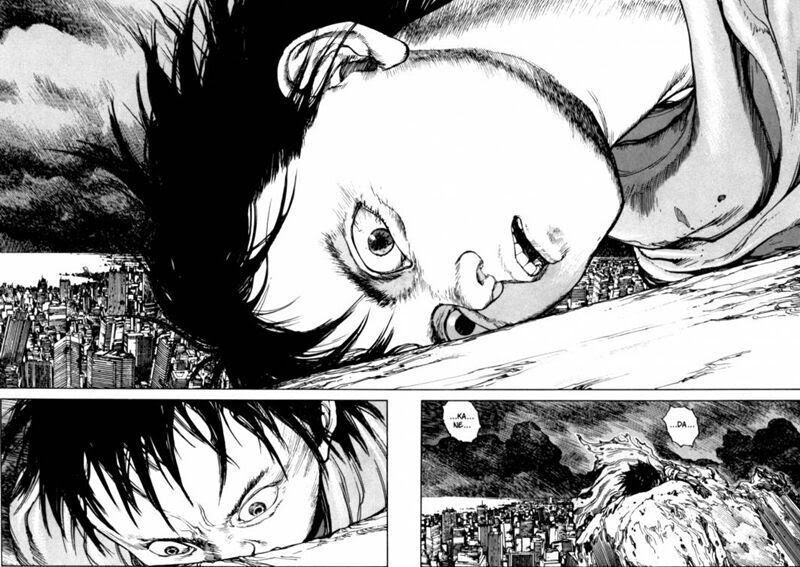 It was pretty hard to pick a game for 2020 since I spent so much time playing video games. I decide to go with Among Us because it surprised me the most. I’m not normally a fan of deception type games. I know this because my Kaggle coworkers are BIG into deception games like One Night Werewolf so I think I’ve played my fair share during our team offsites. But fact is I’m a seriously TERRIBLE LIAR. I don’t even like doing deceptive things, much less trying to cover myself up. I generally think this is a positive character trait, but anyhow.

So it surprised me when I enjoyed this game so much when we played during a Kaggle team remote “offsite” this year. The actual 2D game aspect of it adds a lot that I appreciate … like just being able to do some innocent tasks and then enjoy other people who are better than me at deception try to work things out.

Among Us definitely did NOT account for a large share of the time I spent playing video games in 2020, though. Here’s what else I played

I honestly can’t remember how I discovered Darknet Diaries by Jack Rhysider, but I’ve been really enjoying it so far and highly recommend it if you’re remotely interested in cybercrime, hackers, etc. My favorite episode was NotPetya.

I added a few more things to my regular podcast rotation which includes SYSK, 99% Invisible, Mindscape, Daniel and Jorge Explain the Universe, Radiolab (don’t judge me) among some others, but honestly not too much. I’d be happy to hear some suggestions for what I should check out next.

Here's my 2020 year in review where I talk about my fav movies, music, games, etc. https://t.co/oUHQSC9aTo