This was a good year. I said last year that Toronto would define my 2022 and I think it did. But, it was also a year where I spent a lot of time on self improvement and well being. Here’s some highlights:

With that, here’s the rest of my year-in-review!

Triangle of Sadness is like Zoolander, but made in a year that spilled a lot of digital ink hating on the uber wealthy class (e.g., Succession, White Lotus, Glass Onion, etc.). And I LOVE Zoolander AND all of these other TV shows and movies. It felt to me like Triangle of Sadness hasn’t gotten a lot of attention after winning the Palm d’Or this past summer, but I highly recommend it. It’s funny, unexpected, stunning, and the sound design is its own character entirely. It’s definitely a film that watches better with an audience in a theater with great sound, though.

Some of my other highly rated movies from the past year:

I’m glad that I was able to see all of these movies in a theater. I live about a 5 minute walk from a decent theater complex. It’s not quite the same as living in LA, but I’m satisfied! Mostly I miss Alamo Drafthouse. Toronto location when?

I also spent a lot of December watching movies with my partner since we both got COVID and were stuck at home for a while. He’s more of a TV show person, so there’s a lot of movies he hasn’t seen, but I personally think he still has great taste. A couple of movies I was excited to introduce him to (and delighted that he loved) were Mulholland Drive (2001) and Parasite (2019).

My 2022 stats are on Letterboxd where you can see everything I watched and rated this year.

My favorite artist of all time is Steven Wilson of Porcupine Tree, but his band had been broken up since 2011. It was a huge surprise when Porcupine Tree announced a new studio album and tour. Last year their single from the new album was my song of the year, but now they’ve released the full album and completed their North American tour. I saw them with my partner in Toronto and it was one of my most memorable live music experiences ever. I’ve waited so long to see Porcupine Tree live and never thought I would!

The whole album is great. So classically Porcupine Tree, yet still something new. Here’s one of my favorite songs from the new album:

Some other highlights this year were Carly Rae Jepsen’s The Loneliest Time (2022) and Taylor Swift’s Midnights (2022). It’s not really music I listen to, but my boyfriend does. And we put on their albums when we took a small roadtrip to Niagara-on-the-Lake and at home when we cook together.

I binge-watched Succession the first few months of the year. It got me through many days and weeks of packing and paperwork as I prepared for my move to Canada. I’m really looking forward to the upcoming new season, but this time I’ll have to watch while my partner is doing something else becaues he’s not a fan. ;)

We did watch a fair bit of TV in 2022. Here are some other things I enjoyed at least somewhat:

I honestly wish I could rank The Rehearsal as my top show. I think Nathan Fielder is a genius, but his new show just doesn’t have the same kind of staying power with me that Nathan for You and Finding Frances have.

We also just started to watch Twin Peaks. It’s a rewatch for me (so I can finally check out the third season!), but it’s my partner’s first viewing, so I’m excited for that in 2023.

I don’t remember why I started playing Genshin Impact, but since starting I’ve discovered it’s the perfect game for me. It’s free, it initially feels a lot like Breath of the Wild (a very good thing), and I don’t really have an addictive personality so I can play very casually without buying into the gacha mechanics. I’ve even streamed it a couple of times on my Twitch. 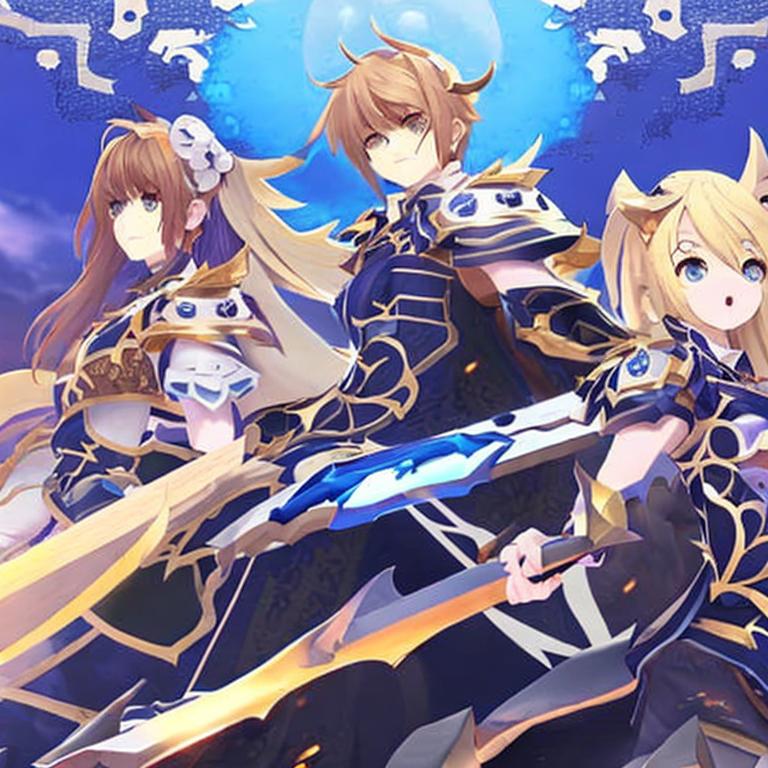 Genshin Impact according to Stable Diffusion

I’ve also continued to play my favorites from last year: chess and Woogles (Scrabble). I even created another Woogles (Scrabble) competition on Kaggle to predict player ratings from gameplay data. The Wordle craze this year got me back into doing the NYT Crossword occasionally as well as Spelling Bee.

Obviously I’ve been learning Cantonese, so I was looking for some Cantonese podcasts to listen to to kind of immerse myself in the language a bit. Most of the language learning ones I’ve found are shorter than what I was looking for. I stumbled upon this Cantonese radio show called Cantonese Sunday. I have no idea what they talk about, really, but I started listening to it. Sometimes I’ll listen to an episode multiple times just to try to pick up more words that I know. Listening comprehension is really hard! I’ll probably try to find more Cantonese podcasts for the new year.

Otherwise I’ve kept listening to my usual slate of podcasts, but I also listen to them at night and lately I’ve been sleeping extremely well. I fall asleep within a few minutes every night. So I’ve absorbed less from the podcasts that I am listening to. Oh well! I’m happy to be sleeping so well these days.

It's early! Here's my year-in-review. Happy new year, everyone! https://t.co/kING2jBkgz